First Solicitor General of the United States. Secretary of the Treasury. Co-founder of the American Bar Association. Second president of the ABA 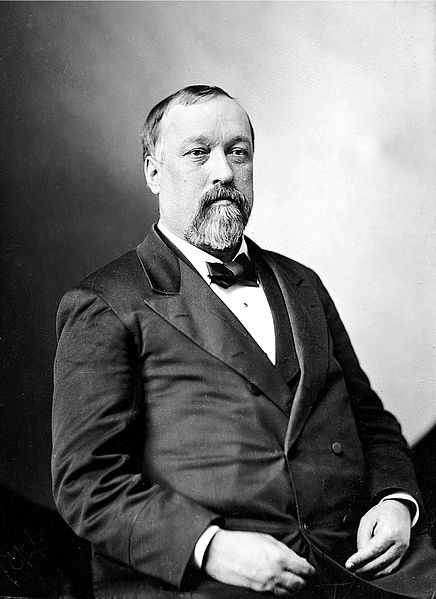 Benjamin Bristow served as the first Solicitor-General of the United States and then as the Secretary of the Treasury. Bristow was born on June 20, 1832 in Elkton, Kentucky. After graduating from Jefferson College in Pennsylvania in 1851, he studied law in his father's office. In 1858, he moved to Hopkinsville to practice law. In 1864 and 1865, Bristow served in the Kentucky state Senate and campaigned for the reelection of President Abraham Lincoln. After the war, he was appointed United States Attorney for the Kentucky district from 1866 to 1870. He went on to become the federal government's first Solicitor General in 1870 and then President Grant's Secretary of the Treasury in 1874. After resigning the position in 1876, Bristow practiced law in New York, where he helped found the American Bar Association. In 1879, he was elected the organization's second president. Bristow died in New York in 1896.

Image is in the public domain, see Wikimedia Commons: https://commons.wikimedia.org/wiki/File:Benjamin_Helm_Bristow_Brady_-_Handy_U.S._Secretary_of_Treasury.jpg