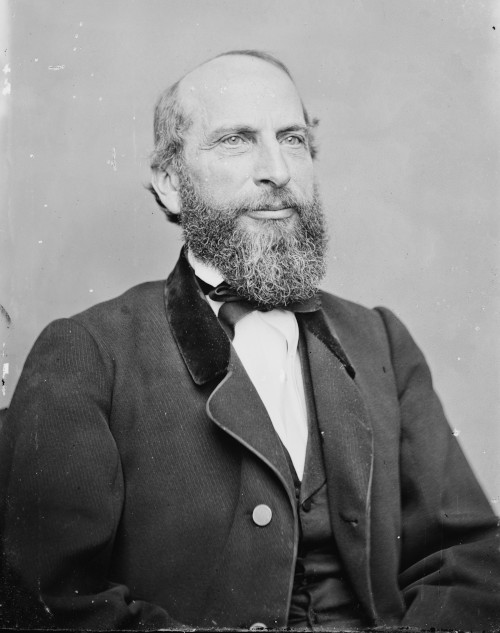 James Speed was the 27th United States Attorney General. On March 11, 1812, James Speed was born at Farmington, his family's plantation near Louisville. After graduating from Transylvania University's law department in 1833, Speed practiced as an attorney in Louisville. He was also active in state and local politics, serving in the Kentucky House of Representatives from 1847 to 1848 and the state Senate from 1861 to 1863, among other positions. He also held a professorship at the University of Louisville Law School. On December 2, 1864, President Lincoln appointed him Attorney General of the United States. He resigned in July 1866 and resumed the practice of his profession. Following his resignation, Speed returned to Louisville, where he resumed his law practice and participated in Republican politics. He died on June 25, 1887.