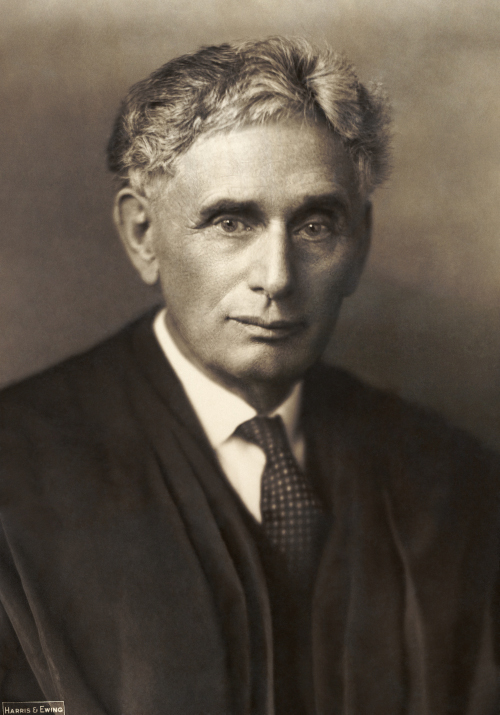 Louis Dembitz Brandeis served as an associate justice on the Supreme Court from 1916 to 1939. He was born in Louisville, Kentucky on November 13, 1856 and graduated from Harvard Law School at age 20. Brandeis was offered a position in President Woodrow Wilson's Cabinet in 1913, but he declined. The President later nominated Brandeis to the Supreme Court on January 28, 1916, to a seat vacated by Justice Joseph Rucker Lamar. The United States Senate confirmed Brandeis on June 1, 1916 after a contentious nomination process, and he received his commission on the same day. Widely regarded as one of the Court's greatest justices, Brandeis assumed senior status on February 13, 1939. He passed away on October 5, 1941.