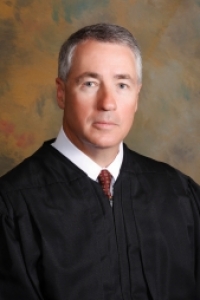 Danny C. Reeves is a judge for the Eastern District of Kentucky. Reeves was born in 1957 in Corbin, Kentucky. He received his bachelor's degree in 1978 from Eastern Kentucky University and his law degree in 1981 from Northern Kentucky University Salmon P. Chase College of Law. Following law school, Reeves clerked for the Honorable Eugene E. Siler. He then practiced law throughout Kentucky from until 2001, when President George W. Bush nominated him to the serve as a judge for the Eastern District Court. The Senate confirmed his nomination on December 6, 2001. Reeves joined the bench four days later.