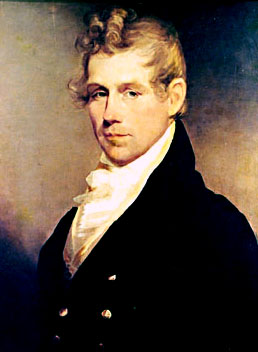 John McKinley served as United States senator, United States representative, and as an associate justice for the United States Supreme Court. McKinley was born on May 1, 1780 in Culpeper County, Virginia. He read law and was admitted to the Kentucky bar in 1800. After his admittance, John McKinley set up practice in Frankfort and Louisville before moving to Alabama in 1818. There, he was elected to the United States Senate in 1826 where he served until 1831. Two years later, he won the seat in the House of Representatives, but he returned to the state legislature after one term. McKinley received a recess appointment from President Martin Van Buren on April 22, 1837, to a new seat authorized by 5 Stat. 176. Van Buren nominated McKinley to the same position by on September 18, 1837, and the United States Senate confirmed him one week later. McKinley's service terminated on July 19, 1852, due to death.