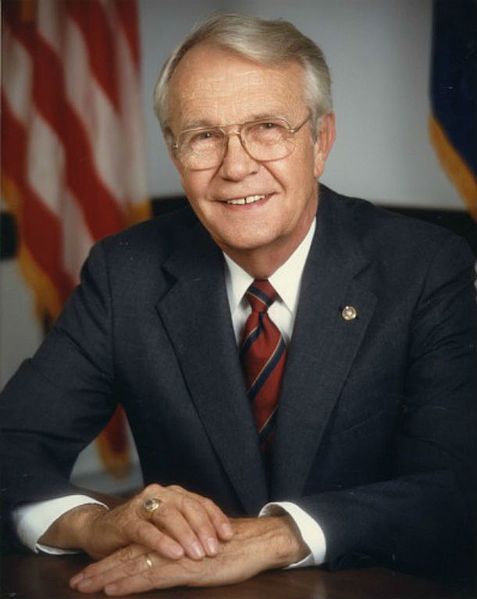 Wendell Ford served as the Democratic Governor of Kentucky from 1971 to 1974 and as US Senator from Kentucky from 1974 to 1999. Ford was born in Daviess County, Kentucky on September 8, 1924. He attended the University of Kentucky until 1944 when he enlisted as a technical sergeant in World War II. Following the War, Ford graduated from the Maryland School of Insurance in 1947 and enlisted in the Kentucky Army National Guard, where he was promoted to first lieutenant of Armor. He served as chief administrative assistant to Governor Bert T. Combs and was elected as a Democratic state senator in 1965. Two years later, he was elected lieutenant governor to serve with Republican Governor Louie B. Nunn. Ford succeeded Nunn as governor in 1971. After his one term in office, he then won election to the US Senate. During his 24 years as a senator, he served as the Senate Majority Whip from 1991 to 1995 and Senate Minority Whip from 1995 to 1999. He retired from office in 1999 and lived in Owensboro until his passing on January 22, 2015.

Image is in the public domain, see Wikimedia Commons: https://commons.wikimedia.org/wiki/File:Sen_Wendell_Ford_of_Ky.jpg